With school volleyball season just starting up and two kids involved on separate teams there is a lot of driving involved around the supper hour.  It's casserole and slowcooker cooking for the next few months!  Just after lunch I threw together this casserole and made it gluten free.  (Recipe will have both instructions).  It's a good way to use up pasta that is lying around.  I put in a mixture of spagettii and macaroni as I only had small amounts of both.  The recipe calls for canned cream of mushroom soup.  If you need a gluten free brand the SuperStore in western Canada carries it as their yellow noname brand - make sure  you always read the ingredients.  If you cannot locate gluten free cream of mushroom soup, either make homemade or make a cream sauce and add some sauted diced mushrooms to it. 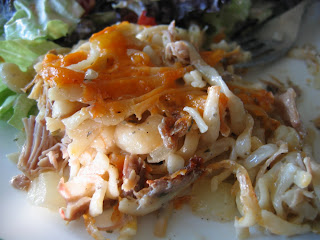 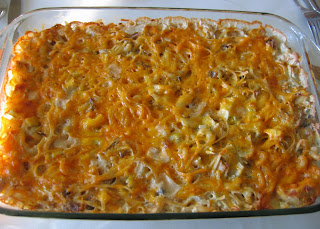 Bake at 350 F for 40 - 60 minutes.
Comments:  We ate this for supper tonight and the kids said it was a keeper.
Posted by Birds Hill Enterprises at 1:48 PM
Email ThisBlogThis!Share to TwitterShare to FacebookShare to Pinterest
Labels: Gluten Free, Main Dish